Five Myths about the Narcissist at Work 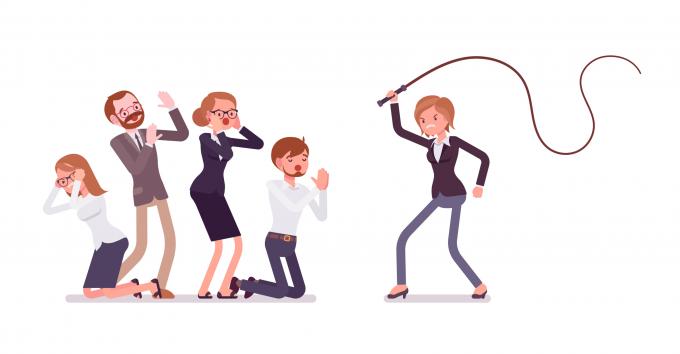 While narcissism has become a sign of our times, it is often misunderstood. Narcissistic Personality Disorder (NPD) is a disguise for a deep-seated sense of shame the person with NPD lives with, but often does not realize. The shame and insecurity they feel causes them to lash out at others and be overly controlling and abusive in their relationships. Learning about NPD and how it manifests itself in both personal and work relationships is an essential survival skill in today’s increasingly narcissistic world.

The five most common myths about narcissism impacting the workplace include:

Narcissists come across as overly confident and project an image of superiority to others. Despite their arrogant behavior, narcissists are quite insecure underneath it all. They project a puffed-up ego to overcompensate for what is considered a very insecure and disconnected personality.

2) Narcissists have a strong ego

This couldn’t be further from the truth. Narcissists have a big ego, but it is very fragile, not strong. It is important to note the distinction between a strong ego and a big one because they are not synonymous when it comes to a narcissist.

Someone with a strong ego is secure in themselves. They do not require outside validation from others to feel good. The hallmark of pathological narcissism is the narcissist’s inability to function without constant adoration and attention from others. Someone who has a strong ego does not need others to validate them. They are secure in themselves and in touch with who they are as a person.

In contrast, the narcissist’s ego is very fragile. Not only does it require excessive attention, but it is easily injured. Narcissists cannot handle criticism of any kind and if you do not give them enough attention, you will find they lash out at you for what appears to be no reason. Once you understand the narcissist’s fragile ego requires constant stroking, you will recognize their ego is not strong at all, but very weak.

3) Narcissists were spoiled as children

While narcissists certainly act like spoiled children, not all narcissists were spoiled. Sadly, they disconnected from themselves when they were children to avoid feelings of pain caused by either extreme smothering and exploitation or outright abuse and neglect.

Narcissism is a normal stage of development for all of us growing up. According to Freud, if a child is over-indulged or under-indulged during the narcissistic stage, the result is what he calls fixation. Fixation describes an adult who is stuck or attached to an earlier childhood mode of satisfaction.

A narcissist is emotionally stunted and disconnected from his true self. The easiest way to think of a narcissist is as a five year old child who has yet to understand that he or she is not the center of everyone’s universe.

We all possess narcissistic tendencies. It is part of the human condition. Narcissism falls on a spectrum. Like anything, moderation is key. It is good for your mental health to be confident and care about your appearance. We consider this healthy narcissism.

However, when a person’s narcissism becomes so severe that it consumes then, it develops into a pathological personality disorder called Narcissistic Personality Disorder (NPD). This is when delusional thinking comes into play. Narcissists live in a false reality of their own creation where everyone loves them and they insist upon a version of reality that simply does not exist. This is when narcissism becomes dangerous and why the “Alternative Facts” President Trump and his team insist upon despite contradictory evidence concern so many people.

Pathological behavior describes anything carried to such an extreme that it becomes abnormal. A narcissist is so wrapped-up in himself that he has lost the ability to have compassion or empathy for others, which allows him to be extremely manipulative and exploitative of others. Perhaps more important to understand for the workplace is the fact that narcissists actually enjoy abusing their power. They enjoy hurting other people because it makes them feel powerful and omnipotent. Their fragile ego requires it.

5) Most narcissists are men

Research tells us more men suffer from NPD than women. However, I believe this data is skewed by the fact that fewer women are in positions of power. Narcissism is the abuse of power in any relationship. While we do not find as many women in positions of power as men, women can be just as narcissistic as men, which I’ve written about in my third book, “Surviving the Female Narcissist.” In fact, female narcissists are much more covert than male narcissists, which makes it that much harder to recognize them early on.

The abuse of power can occur in any relationship whether it be personal or professional. When it occurs in the workplace, it can be extremely difficult to navigate. As mentioned, narcissists are extremely sadistic. The workplace narcissist enjoys the sport of making you look bad in front of others by making false accusations they cannot back-up and lying about things you say or do.

For this reason, it is critical in a workplace setting that you document everything when dealing with a narcissist. As the NY Times reported last week, James Comey’s memos, which he took after every meeting he had with President Trump provide the “clearest evidence yet” that Trump tried to influence the government’s inquiry into possible links between his associates and Russia.

Documentation is key when dealing with the narcissist at work. I will be offering more advice on how to manage the workplace narcissist in my next book and upcoming webinar series, “Surviving the Narcissist at Work.” With rates of narcissism soaring, it is important to learn such survival tips. These essential work skills will help you avoid becoming the narcissist's next target; and if it's too late, help you diffuse the situation as quickly as possible.

deal with a narcissist at work?